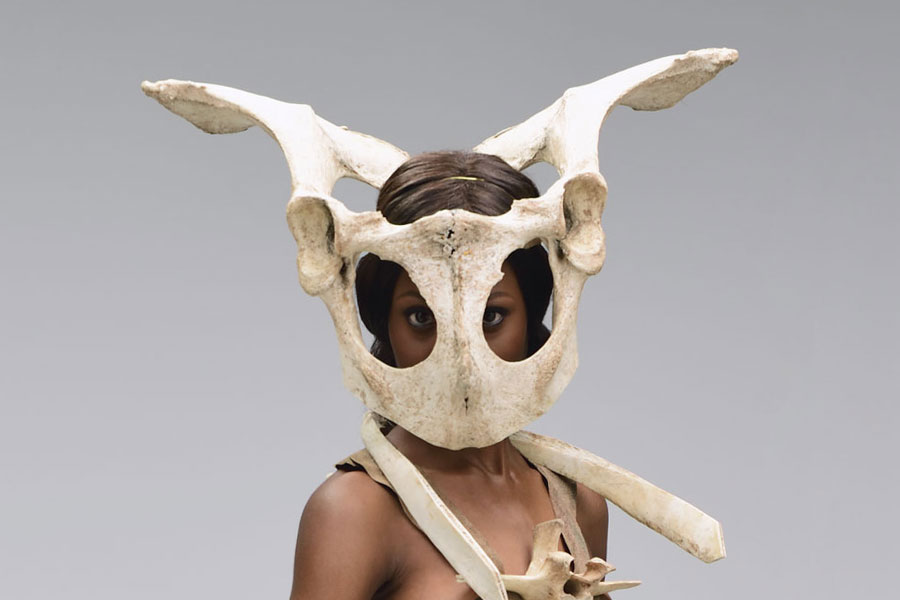 The cow symbolizes Mother Earth for many cultures, as well as fertility, nurturing and power. In ancient Egypt, the cow was a symbol of fertility, richness, and renewal. It was the mother of the Sun and the personification of the Milky Way. It is the hope of survival, the ruler and body of the sky, the living soul of trees and, for some, also is the Queen of the World of Dead. This armor with cow bones speaks about the confrontation that we are living with Planet Earth.