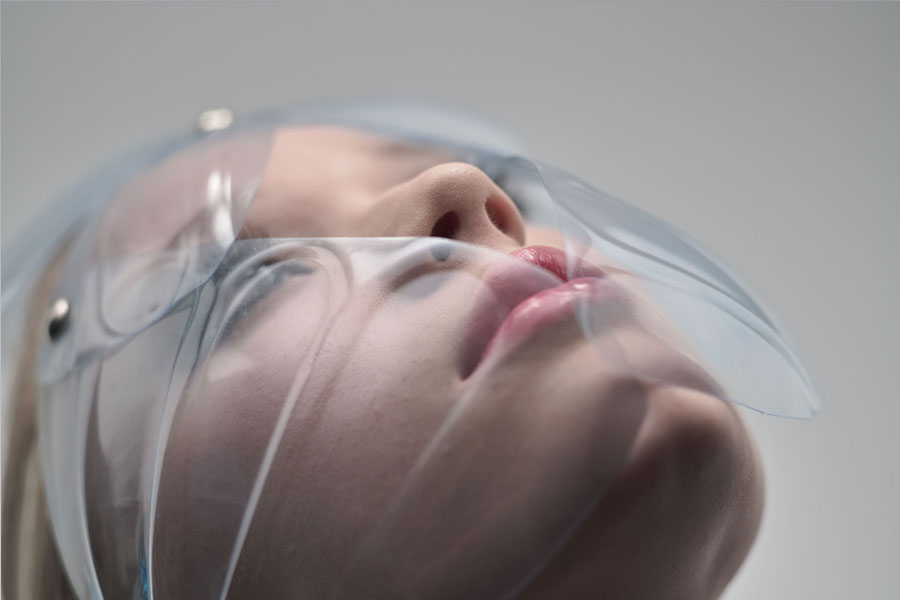 Water is a universal symbol for change and is often present at the most important turning points of the metamorphosis of the Earth. Ancient Greeks understood the power of transition hold by water: from liquid to solid, to vapor. This armor with Water bottles speaks about the confrontation that we are living with Planet Earth.